Events and Rooms Management at the Jerusalem Theatre 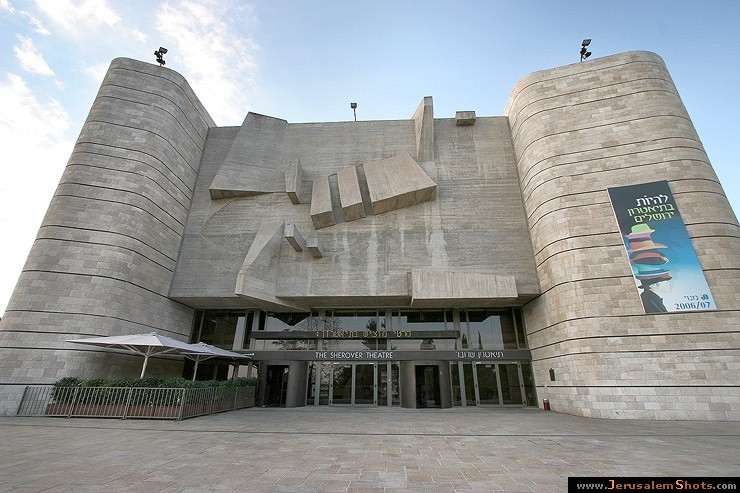 The Jerusalem Theatre, Israel’s largest centre for art and culture, has chosen TimeLord as it’s event and rooms management system.

The Theatre  is located in the heart of the capital’s Talbieh neighborhood, near the Presidential Residence. Established in 1971 at the initiative of Miles M and Gita Sherover and then Mayor Teddy Kollek, it was designed by architect Michael Nadler. Three additional halls, donated by the Chicago-based Crown Family with the support of the Jerusalem Foundation and the Jerusalem Municipality, opened in 1986. The Studio (Ulpan), hosting 250 was opened in 2006. The Theatre continues to renew and  develop its facility and recently, 2014, opened a new hall, for Micro Theatre.

The Theatre’s unique structure houses six elegant halls: the Sherover Theatre, seats 970; the Henry Crown  Hall seats 760; the Rebecca Crown Hall seats 452; the Little Theatre (Little Theatre) seats 117; the Studio (HaUlpan) seats 250 and the recently opened Micro-Theatre 141 seats. There is a restaurant, a book and music shop, and large foyers presenting alternating art exhibitions. Facilities feature access for the disabled, and include an assistive listening system for the hearing-impaired. For further information of the Theatre facilities and infrastructure for productions, events and conferences click here.

In addition, the Theatre hosts diverse musical activities, including dozens of concerts with leading orchestras, chamber music ensembles, recitals, and operas with local guest and international choruses, soloists and conductors, in a variety of styles from jazz through pop and rock, and from Israeli song to world music. More Music information

The best of dance productions from Israel and around the globe, contemporary Israeli dance companies and others are presented here every year and the Jerusalem Theatre also plays host to dance premieres of the Curtain Up Festival (Haramat Masach). More Dance information

The Theatre also hosts the Israel Festival, The Oud Festival, the Curtain Up Festival (Haramat Masach),, The Jerusalem Arts Festival (Festival Yerushalayim L’oomanuyot) and produces The Piano Event,  The- End-of-Summer Festival (Festival Sof HaKayitz) of the arts every August on the Theatre plaza. More Festivals and Special Events information.

In addition, the Theatre presents dozens of Shows  with leading Israeli entertainers, and activities for kids on theChildren’s Subscription.

Throughout the year, there are courses on subjects of art and culture in cooperation with Ascolot, workshops, and meetings with artists. The public is also invited to view some 80 different art exhibitions held in the Theatre’s foyers.

The theater is managing its activities, indoors and outdoors, on the TimeLord platform, thus enjoying features such as rooms management, resource scheduling, financial reporting, information sharing and document management for every event. In fact, TimeLord is the Theatre’s events management system.

Read more about features such as rooms management or resource scheduling here.